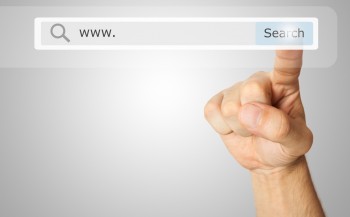 The most revolutionary innovations in search technology are designed to bridge the gap between the internet and the offline world. According to the Google Support blog, the company’s mobile search assistant, Now, will let users store location information after they’ve parked their cars and easily reference it later. While this element of the semantic web might not immediately have SEO applications, others certainly do.

The Google+ blog just announced the a new Google Now card for online shoppers. Basically, users who have searched for a particular product while signed into G+ may receive a smartphone notification card indicating a nearby store that stocks the item. This has enormous implications for semantic search, especially if the function is expanded and more websites integrate schema markup.

For example, local merchants could increase in-store purchases by registering their products online. That way, they can reap the benefits of both ecommerce purchases and physical customers with a fully integrated website.

Search technology reaches for the Stars

Google has other projects in the works that may change the search game dramatically in the near future. For example, according to a post on The Next Web, a leaked video shows a trial version of the upcoming Google Stars. This is a social bookmarking service that lets users save websites and content for later viewing.

One of the more interesting features is the ability to make bookmarks public. Friends and followers will be able to see what others are reading, much like the defunct Google Reader. If this capability were combined with Google+ or other social functions, it would be hugely important for content marketing as another channel for increased awareness. If Google Stars is released largely unchanged from the leaked version, it might mean brands should begin tweaking content for maximum bookmarking and shareability.

For the time being, businesses should concentrate on creating the most interesting and useful content – period. If Google follows its own mantras about creating products to give users the best possible content, both Now and Stars will help good media and interesting text spread faster organically.