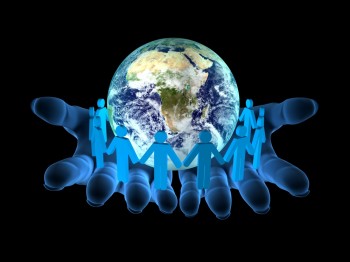 Facebook’s goal of making its network a social media marketing haven for small- to medium-sized businesses comes closer to actualization with each new audience targeting feature. Brafton reported recently that the social giant unveiled Custom Audiences, a feature that allows professionals to create lead lists on Facebook based upon emails, user IDs and phone numbers. A new update could make this an even better tool for brands.

The original iteration of Custom Audiences enabled marketers to upload lead lists to Facebook directly and then use the data to reach prospective and current customers with cross-channel media. Overall, this allowed brands to engage with audiences through email and social media seamlessly.

It looks as if Facebook is testing out another targeting function that could help brands further improve their lead generation and nurturing efforts online. According to ClickZ, Facebook has expanded its Custom Audiences feature to include a new function called “Lookalike Audiences.” This effect allows advertisers to port their CRM databases to Facebook and reach social media users who share similar characteristics and interests with current customers.

The algorithm used to pull clusters of users for advertisers to target is based on similar interests, demographic data and location. The new feature will help brand managers gain a clearer picture of their current audience and where potential leads can be won with targeted social media content.

“It’s based on all the Facebook data that’s targetable right now,” Facebook’s Communications Manager Elisabeth Diana said to ClickZ. “What we’re seeing is that advertisers are gaining new customers through it, but they’re also seeing lower cost per acquisition (CPA).”

Facebook declined to name brands testing the feature, but one shopping site reported a 56 percent drop in CPA and a 94 percent decline in cost-per-checkout. If the feature proves effective for an array of brands, Facebook will likely unveil the new function on a wider scale in the near future. Brands might see the targeting tool as an invaluable business asset, but they must have quality content to send prospects in order for it to have an impact on brands’ bottom lines.

Audience targeting can be an effective practice in its own right, but marketers without well-written web content may miss out on lead generation opportunities. Companies only have a few seconds to make long-lasting impressions on leads, and to take full advantage of Facebook’s Custom Audiences and Lookalike Audiences features, social media marketing strategies must be clearly defined and in place.