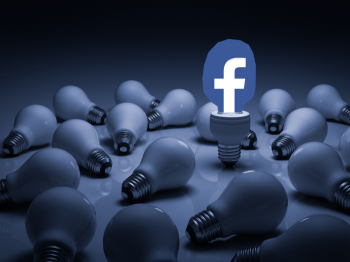 On August 1, 2014, Facebook went down for less than an hour. It happened on a Friday afternoon around lunchtime, which we’ve seen is a prime time to get video shares. For most brands, the impact on social media marketing wasn’t too profound. And although it’s discouraging to see traffic drop during a very short span, this demonstrates just how important Facebook is for driving referral traffic to your website.

Drops in traffic are one thing, but as many content marketers are quick to point out, an 8.5 percent traffic loss isn’t catastrophic in the short term. As long as your core audience and likely customers are still visiting, sites can weather this kind of visitor hit.

Still, Facebook is one of the last places a brand wants to miss out on traffic. A recent Nielsen survey looked at how Facebook affects consumer choices and found it has a profound and growing effect on customer behavior. Looking specifically at television consumption, Nielsen found the proportion of viewers who learned about specific  TV programs increased from 18 percent to 25 percent from 2012 to 2013. Additionally, the number of people who say Facebook influenced them to watch more TV overall also rose, from 18 percent to 23 percent.

Facebook is a powerful tool for brand awareness, and it clearly represents a powerful way to keep brand identities and  company content front-of-mind. If a brief loss of access can cause some minor drops in traffic and visibility, a longer outage – or lack of Facebook presence period – could be stealing pageviews and conversions. Brands can’t afford to make the mistake of neglecting Facebook, because while most niche audiences find unique sites and forums, almost everyone is on Facebook.