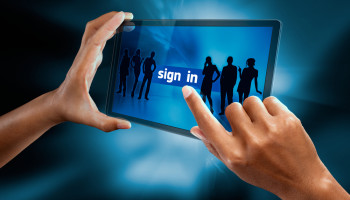 ​By now, the internet is likely flooded with posts about Facebook Home – the new app that brings Facebook front and center on Android devices. While the technology resonates with consumers obsessed with Facebook, others seem less amused by what the program provides and what it also takes away.

For example, Search Engine Land noted that Facebook Home makes it much easier to access all things social media related, but puts search on the back burner. In fact, search changed from a one-step process into a three- to​ ​four-step process. SEL’s Danny Sullivan writes that most Android devices include search bars on their home screens, but Facebook Home will remove that option upon installation. Android owners looking to search the web will now have to tap their profile pictures at the bottom of their screens, drag to open the application ​folder​ and then tap on the search box. If the device is locked, that adds another step.

Sullivan says he believes the removal of the search box was a simple oversight, but he also doesn’t discount that it all could be part of a “secret-uber plan to eventually have Graph Search take over on these devices.”

What the industry knows about Facebook Home is that the social media giant will not serve ads via the Cover Feed technology at its launch. However, Zuckerberg confirmed to Marketing Land that the company does plan to release ad units down the line.

No one-touch search function, and eventual ad units on the Home screen? What’s so great about Facebook Home? It’s safe to assume the technology is in its very early stages, and a lot more features are on their way.