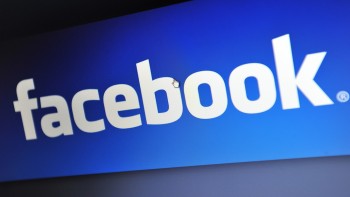 The relationship between web content and social marketing is not always easy to nail down. Google doesn’t crawl most social networks, but there’s still a correlation between Twitter engagement and organic traffic. Part of that is due to the strange crossover space between the walled garden of social media and the rest of the World Wide Web.

For example, when news stories break on Twitter, they’re often quoted by web publications. Twitter users are gatekeepers of information, which is why tweeting is such an essential marketing tactic for brands. When news is inevitably quoted by traditional online media, it’s often in the form of an embedded Tweet from the person who first reported it. This is better than simply transcribing the post, as it gives important context, such as the original user, the number of Retweets it received and the time it was sent.

Facebook also provides the ability to embed posts, although it isn’t nearly as ubiquitous as Twitter. That may soon be changing, per the FB Blog. The network has worked to improve embedded posts by adding larger pictures, more contextual data and faster load times to ensure that pages aren’t left with plain code where a media-rich box should appear.

Embedding Facebook posts is a best practice for online marketers because it blurs the line between social media and traditional content. When users see an embedded post, they can click on all of the elements (including user mentions, hashtags, Likes and comments) to be directly taken to relevant Facebook pages. This can net engagement whether users are currently browsing the platform or not.

Post by Brafton.
It also helps to enrich online content with branded Facebook elements, such as Like counts and comment fields. User experience is an increasingly important part of turning web traffic into conversions. People already understand how the Facebook interface works, so rather than using plain text to ask for Likes or reference a picture posted to Facebook, brands can simply embed posts and trust that users will know how to interact with them.

These social-web connections are important for maintaining contact with customers and inducing engagement. According to TrackMaven’s recent research,  user engagement is much higher in the evening and on weekends even if more Facebook posts take place during work hours. The more places that social content appears on the web, the better it will be at capturing user interaction.