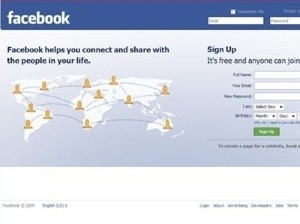 Facebook sent notifications today that it will host an event on Monday in San Francisco to share insight on new developments. The social site is increasingly effective as a marketing platform, so brands should take note that a big announcement is on the way.

In light of the recent launch of Facebook Deals, some ponder that Facebook is moving toward building a local search engine. Facebook Deals has been called a competitor for Google Places by the likes of eWeek, and experts from the Pew Research Center’s Internet and American Life Project told the New York Times that Facebook might have the potential to make location developments mainstream. With this in mind, perhaps new local search features offered within Facebook are not out of the realm of possibility.

At the same time, the social site has made headlines this week for facing off with Google over Gmail, and it may be looking to build its own email service. After Facebook launched a button on its friend-finder page allowing users to import their Gmail contacts, Google fought back. The company changed its settings so that users could only upload information on sites that reciprocate info-sharing. When Facebook created a way for social users to get around this Gmail setting, Google began issuing warnings, insinuating Facebook might tamper with their information.

The invite for Monday's announcement looks like an envelope, further fueling speculations that Facebook will unveil a new inbox. A Facebook webmail product could be the manifestation of Project Titan, an email client project reported by AllFacebook months ago. A Facebook inbox might facilitate content-sharing by merging social and email channels, which marketers may like.