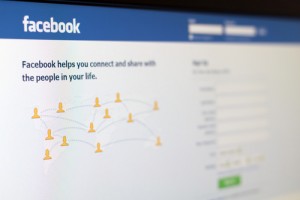 As part of its Social Media Marketing Industry Report 2012, Social Media Examiner analyzed the networks businesses use for their campaigns. Facebook came out as No. 1 with 92 percent of companies maintaining a presence on the platform for social media marketing.

Twitter (82 percent) and LinkedIn (73 percent) were second and third, respectively. Each provides access to different prospects and continues to grow in membership.

Blog marketing was considered social outreach for the purposes of the study, and 61 percent of respondents said their companies invest in this type of content to inform prospects. Using articles to educate prospects and drive website visitors though a conversion funnel is becoming increasingly popular.

Google+ is a part of the plan for 40 percent of companies included in the study. The social network, which launched last June, has had a turbulent life thus far. However, Social Media Examiner’s study shows that businesses are finally paying it notice, with 67 percent planning to invest more in the platform this year.

The benefits of sharing content on Google+ Pages grow every day as the site gains users and becomes more important for SEO. Brafton reported in January that Google+ data is now used to directly inform search engine results, with users seeing links to sites based on their own activity and that of their friends.