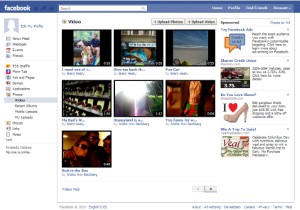 Video marketers may rejoice that video ads are gaining ground, increasing their reach from 44.5 percent of the total population in July to 45.1 percent in August, according to comScore's video rankings. While these findings indicate businesses should maintain video marketing strategies, they may want to change their delivery methods – Facebook has overtaken Yahoo as the second largest video site, and this may point to a trend in consumers' social video viewing habits.

According to earlier data from comScore, Yahoo garnered more than 55 million unique viewers who took part in more than 238 million viewing sessions in July. At that time, the search engine had a considerable lead over Facebook, which had about 46 million unique viewers and boasted 166 million viewing sessions. But in the course of a month, Facebook overtook Yahoo in terms of both viewers and viewings.

Even though Google sites – with 146 million unique viewers – maintained a strong lead over the rest of the web properties in the rankings, the rise of Facebook over Yahoo and the decline of Microsoft in the rankings reveal that social video platforms are an increasingly important venue for brands to reach online viewers.

In addition to Facebook, marketers may expect to see Twitter on the rankings soon enough. As Brafton reported, the microblogging site's new design allows users to watch videos without navigating away from their Twitter homepages, and this could boost overall video marketing.

When producing video content for social sites, marketers must make their clips stand out against the rising video clutter. To start, consider what users are most interested in watching. Chitika says news content generates the most traffic to Facebook and Twitter, so businesses can create videos with real-time updates about breaking industry information to appeal to the growing number of social viewers.

Also, don't forget to label videos with SEO in mind. Twitter or Facebook video results can appear for searches both in social sites and on search engines that cull social updates.