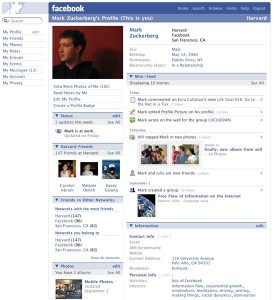 Facebook recently announced that it is revamping its privacy controls, giving users more say over what appears on their pages and who can access it. The move is clearly an attempt to assuage Facebook's privacy critics, but it could have implications for social media marketing practices as well.

The main change, Facebook said, is that controls will be located next to posts, photos and tags, rather than on the settings page. This makes it easier for Facebook users to modify privacy settings each time one of these items is shared.

For example, whenever a person is tagged in a photo, he or she will have to approve the photo before it links back to his or her personal profile. Prior to the change, Facebook users would have to untag themselves from photos after they had already been published.

Facebook has also introduced new tagging settings that enable users to tag virtually any other Facebook member, regardless of whether or not they're friends. For casual users, this could mean having a more rounded photo album or wall post.

Perhaps the most dramatic – and controversial – change is users' ability to share specific content with select Facebook audiences. The company explains that members can now choose who will be able to see each post they create. Posts can be “public” or shared with “smaller groups of people you may want to share with, like co-workers, Friends Lists you've created and Groups you're a member of…” (The company is still tweaking group sharing settings.)

The content sharing options could be especially useful for Facebook marketers, as they will increase the chances that content marketing efforts reach the right audiences. On the other hand, they might put a cap on the size of the audience marketers find on Facebook. Brafton has reported that branded content's mass appearance on users' news feeds offers valuable reach for marketers.

Regardless, this feature has some crying Facebook foul as it seems to copy the circles feature from Google+. One well-Liked comment to Facebook's announcement simply says, “Google plus much?”

Facebook said the new features will be rolled out over the next few days. The move is almost certainly a response to the launch of Google+, which has been commended for its approach to privacy. Even as the two websites compete for position in the social media world, Facebook has stated that it isn't threatened by Google+, but rather that the new social network validates Facebook's vision.