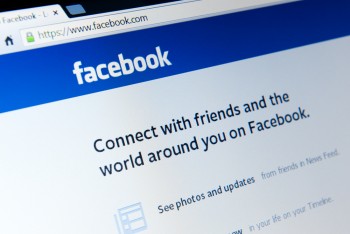 If Facebook has its way, years from now marketers and web users may look back on this era as the time before Facebook became a powerful search engine. For now, the social network is still facilitating conversations between friends and letting brands stay in touch with followers, but the platform is angling to leverage the enormous amount of data it owns to become a powerful search tool. As Brafton reported last year, Graph Search is a semantic search engine in its own right. Instead of crawling the web at large, it scours its own databases to provide information about friends, brands and user connections.

In a recent interview with the New York Times, Mark Zuckerberg expressed optimism Facebook would become a powerful search tool, saying, “The first [innovation] was that we were able to search over structured connections on Facebook. That was important as a consumer product and also as infrastructure that we are using inside the company. The next focus is searching posts.”

As Brafton mentioned recently, web companies are rushing to leverage data they own for search benefits. Yahoo, for example, is able to draw on information that originates on Yelp or YP.com to improve local results and possibly give it an edge over Google. By the same token, Facebook has a valuable resource – user-generated information.

The Millennial generation is clearly in favor of user-generated content, or UGC, as a recent Crowdtap study revealed. As such, there may come a day when content marketing and social media marketing aren’t two different disciplines. Brands may soon be as concerned with the information in Facebook posts and comments as it is with blogs and news articles.

Facebook’s push for web marketers to buy paid advertisements is further evidence it wants users to search, rather than passively wait for News Feeds to organically show them branded content. According to research by analytics firm Nanigans, Facebook ad spending has already skyrocketed, growing 83 percent since Q1 2013. Brands can’t expect this particular network to give them a free and easy marketing forum anymore, but they can stay in front of followers with smart social media marketing campaigns.