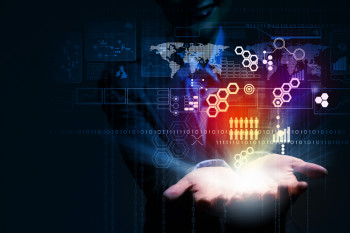 ​Nick Bilton, New York Times contributor, recently published a column online that claimed Facebook puts priority on ranking paid social media content over​ ​organic posts. He referenced two example articles from 2012 that generated between 323 and 535 “Likes” and 53 to 88 reshares. Bilton notes that these posts generated significant response from Facebook members last year, but he speculated that a shift in Facebook’s algorithm contributed to declining metrics in January 2013. His updates averaged only 30 Likes and two shares per post. His photos have also seen a decline in engagement from thousands of “Likes” to approximately 100 per update.

Bilton then decided to pay Facebook $7 to promote a February 2013 article using the Sponsored Advertising Tool. He saw interaction rise 1,000 percent, generating 130 “Likes” and 30 reshares in a few hours. Bilton says he believes Facebook now puts a priority on paid social media content over free media, disconcerting for any small business, or marketer relying on organic, interactive posts, not to mention the basic user.

Facebook seems to have addressed Bilton’s column in a post of its own, though it didn’t reference him by name. The social media company ​said that it wanted to clear up any misconceptions the piece had created about how the News Feed algorithm works. Facebook reported that overall engagement on ​organic posts from people with followers increased 34 percent year-over-year. More, the company warned against taking a few data points as representative of the truth.

To combat Bilton’s claims, Facebook revealed that the News Feed algorithm is separate from the Advertising algorithm, and the company doesn’t replace engaging posts with sponsored pieces. The network offered three reasons public figures’ posts – including posts from Bilton – may have seen a drop in engagement.

1. A lot of people started following public figures via the subscribe feature when it was first release​d​, but interest in their posts could have faded after initial roll out.

2. These subscribers could have engaged less with some figures than others, and Facebook began showing fewer articles from those feeds to members who didn’t engage as often with their updates.

3. The News Feed focuses on higher quality stories, so weaker posts from any public figure may see engagement drop.

Facebook concludes by highlighting its recent efforts to promote more content from public figures. These updates include a “most shared on <publisher>,” option and “most shared about <topic>.” So far, the company’s index of partners has seen a 35 percent increase in traffic from the introduction of these new features.