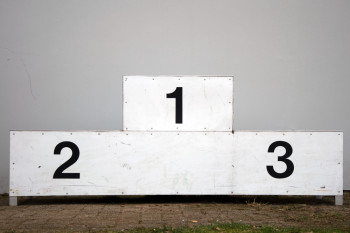 Facebook shook up the social media marketing landscape when it announced the content brands share won’t reach all of their followers. Rather, their social posts will only be shown to around 1-2 percent of the people who have Liked their company Pages. Brands have been up in arms about this news since it was announced, but it appears their sites aren’t bleeding traffic and visitors as expected. Facebook is still the reigning champ for social referral traffic, according to Shareaholic’s 1st Quarter 2014 Social Media Traffic Report.

Based on data from more than 300,000 websites over the course of four months, the study showed Facebook drove 21 percent of all social media referral traffic. For now, it seems marketers’ fears about Facebook cutting off social reach are unfounded because the percentage of referral traffic has actually grown since the start of the year. Compared with data collected from Q4 2013 when Facebook was driving around 15 percent of all social visits to sites, there has been a 5+ percent increase in visits from the social giant. At the same time, Shareaholic noted that Pinterest came in second for social referrals with around 7 percent of all traffic originating from content shared on the platform. Twitter was a distant third with over 1 percent of all social referrals, followed by StumbleUpon with under 1 percent, Reddit (.2 percent), YouTube (0.09 percent), Google+ (0.08 percent) and finally LinkedIn (0.04 percent).

There’s always the chance the ‘underdog’ networks will grow if brands do feel the pain of Facebook’s diminishing post reach, but there are other possibilities as well. Facebook’s update could be a catalyst for change, inspiring brands to treat each Post as an opportunity instead of an obligatory marketing practice. It’s a reminder that marketers should be thinking creatively about the words and images they share to ensure each person who does see the content will feel compelled to act in some way, whether by clicking the Like button or visiting the site to read more.