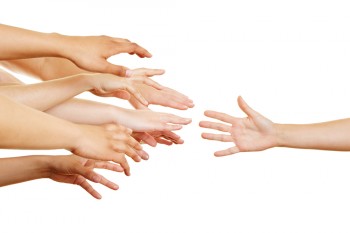 One of the biggest social marketing stories in 2014 has been diminishing Facebook reach. The network, which spent the past few years encouraging users to follow as many brands and pages as possible, is now a victim of its own success. On average, the chances of a person seeing content from a business is less than 1 percent. To fill the void, Facebook has been encouraging paid ads, but many companies can’t take this route, leaving them struggling to understand how they can hold on to their organic Facebook campaigns.

A couple of recent moves by Facebook could alleviate some of the pressure brands are experiencing by cutting down on the amount of content shown in News Feeds. The first is third-party app posts. For as long as they’ve been around, Facebook applications, like Farmville or Candy Crush, have been able to post on behalf of users, filling their friends and followers’ feeds with third-party content. According to an official Facebook announcement, comments, pictures and invitations have to be explicitly shared by app users before they’ll become part of connections’ social experiences.

Facebook also recently changed who can see content on Facebook. For years, the default sharing setting meant social content was entirely public, meaning it could be seen by friends of friends and so on. Now, per a Facebook Newsroom announcement, the default setting is for friends only.

Of course, there are still many posts competing for News Feed space, which is why brands shouldn’t assume their visibility problems are over. Even with third-party app posts reduced, and connected content limited at the start, content marketing has to stand out if it’s going to generate referral traffic to a company website.

One of the best ways is to produce a significant amount of “deep content.” As Brafton reported, deep content, or in-depth resources that are more than just photos or brief comments, have had some success gaining visibility, even in the currently austere organic News Feed environment.