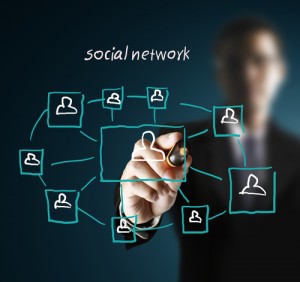 A report from eMarketer found that both Facebook and Twitter will sustain growth through 2014 as more users look to make social media part of their everyday lives. However, the rates at which these platforms add users are falling and will continue to do so.

For 2012, eMarketer expects Facebook to grow 6.6 percent, which is a substantial decrease from the 38.6 percent growth it experienced in 2010. The drop was inevitable, as it’s impossible for a social network to sustain such a massive expansion rate.

Twitter, however, grew 31.9 percent in 2011, and eMarketer expects this rate to shrink to about 20.7 percent for 2012. This still represents substantial addition of users for the microblogging website. Looking ahead to 2013 and 2014, eMarketer said Twitter will likely grow 14.8 percent and 14 percent respectively. Meanwhile, the company pegs Facebook growth for these years at 3.9 percent and 3.6 percent.

Social media marketing campaigns on these networks will still hold the same appeal for businesses despite slowed growth rates since the user base is unlikely to decline. According to eMarketer, more than 152 million Americans will operate consumer Facebook pages by 2014. Twitter, on the other hand, will likely have nearly 38 million accounts in the U.S. by the same point.

In 2012, both Facebook and Twitter have added new features for social media marketing efforts. Brafton recently reported that Facebook has rolled out new Timeline profile layouts for businesses, which kicked off with the announcement of Macy’s new page last week. Twitter has similarly adjusted the look of business pages on the website with new branded pages, Brafton reported.