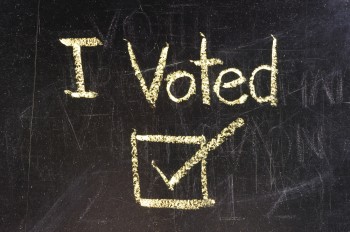 In 2009, Facebook held a landmark vote that asked users if they wanted to have a collective say in how to govern the social network. Of course, users embraced the opportunity, and an overwhelming majority of respondents voted in favor of weighing in on policy and terms of service changes. However, Facebook has gone through many transitions since 2009, and the social network’s investors who own now-publicly traded shares don’t think control should be in the hands of consumers.

Last month, Facebook announced another new vote that asked users to weigh in on their right to vote on future policies. The fine print read that unless a third of its users (approximately 300 million people) lobbied to protect their control on Facebook, the social giant would regain full control over governance. This would give the company the right to make changes to Facebook’s Statement of Rights and Responsibilities and Data Use Policy whenever it saw fit. And the results show…
It’s safe to say ‘we the people’ did not rock the Facebook vote: 589,141 users (87.5 percent) opposed the changes, and 79,731 were in support. While the majority voted to obstruct Facebook from gaining full and total control, according to the election law, 30 percent of Facebook’s billion users needed to participate in order for the vote to become an enforceable verdict. In fact, only 0.0668 percent of potential voters participated.

What does this mean for marketers?
Now that Facebook has clear control over how it makes changes to its policies and terms of services, the social network can fully integrate Instagram and other properties effectively. The proposed new Data Use Policy and Statement of Rights and Responsibilities include edits that allow Facebook to store Instagram’s server logs and administrative records in a more efficient way. Facebook will now target Instagram users with ads and social media content using the data logged on Facebook’s servers, such as locations, interests, social chatter and more.

As for marketers, this vote will make reaching prospects through Facebook and Instagram easier in the very near future. Businesses will have greater capabilities through data transparency, and content marketing efforts can span wider audiences, reach across more diverse locations and take advantage of Facebook’s endless targeting features. While the “people” may have lost control over how Facebook governs its terms of use and more, marketers might find it easier to create and deliver branded content that generates noticeable ROI.