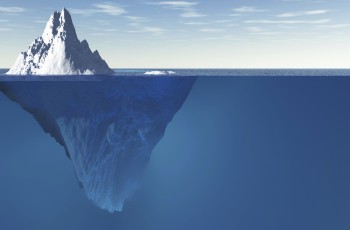 In 2014, the social marketing world was shaken by the discovery that Facebook organic News Feed visibility was plummeting. Observers predicted it would fall to below 1 percent at some point during the year, and the network admitted it was somewhat to blame. By setting up a system that rewarded brand Follows, the site inadvertently flooded users’ News Feeds with commercial content. In the wake of this development, Facebook has encouraged paid advertisements, while content marketers explored other avenues for attracting user attention.

It hasn’t been a total bust, and Facebook remains an excellent way to stay in touch with past customers and current prospects. It might not be the most successful tool for gaining new business (that honor goes to email marketing), but Facebook marketing still packs a wallop in terms of keeping a dedicated audience in touch with brands. In fact, as organic News Feed reach drops, engagement is significantly increasing.

According to research by Socialbakers, Facebook is actually experiencing the greatest period for engagement in its entire history – and the trend shows no signs of letting up. Even since Q1 2014, there’s been a 30 percent increase in overall Facebook engagement.

This is good news for brands looking to reach fans and followers on Facebook, who were worried about the shrinking reach. Unlike other social networks, where engagement may or may not correlate with visibility, every Like, Share and comment increases the odds social marketing content will be seen. And as Brafton reported, businesses with fewer followers (and whose followers Like just a fewother businesses) get the most visibility in the new limited News Feed environment.

Brands thinking about jumping ship to other networks should think twice, unless they have clear evidence their target audiences are abandoning Facebook as well. The social giant’s user base may be getting older, but reports that young people are fleeing it may have been overstated. According to a recent study by Niche, Facebook is actually the single-most used social network by teenagers and young adults.

This may not be essential information for companies that cater to older adults or B2B firms, but it should serve as a reminder Facebook isn’t on the decline. Instead, the traditional News Feed is changing, and engagement is even more important than ever before. Businesses shouldn’t expect to drive a lot of leads and prospects from Facebook, but keeping in touch with a devoted base of customers and followers may be just as important for some brands.