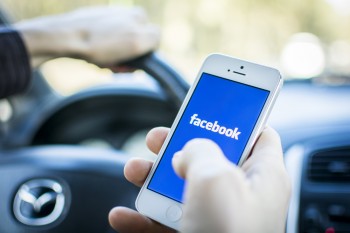 When the topic is web marketing, the web in question is generally thought to be what Google crawls and indexes. Yet what we commonly refer to as “the internet” is so much more – social media, private communications between individuals and the information within mobile applications all go beyond Google’s reach. They may seem extraneous, but apps are actually an enormous part of most people’s web experience. Portio Research estimates that by 2017, 4.4 billion people across the planet will regularly use at one app.

Yet apps aren’t exactly open to the web at large. As Brafton reported, Google is beginning to show app content in SERPs, assuming users have them installed, but only a handful of applications are compatible at present. So content producers may worry their posts and media aren’t optimized for any environment where customers might browse. Now, Facebook is trying to change that.

Let’s start with some apps

Facebook is currently conducting its F8 Developers Conference in San Francisco, so it’s no wonder many intriguing announcements have been made this week. One of the most important is its App Links initiative. It is an attempt to standardize the code used for hyperlinks within apps. When fully integrated with App Links markup, applications let users click back and forth between different apps and standard web pages, streamlining the process and making the walls between apps more permeable for content. For example: When reading a blog post that a news aggregator app displayed, a user wouldn’t have to exit the app and look up a video that the post referenced. Instead, he or she could just click on a link to go to YouTube, or even in another relevant app.

Facebook also released a new applications programming interface (API) for its Like button. Now, any developer can add a few lines of code to let users Like pictures, posts, videos or other kinds of media from within an app. Considering how many people use  applications, this will allow for much more streamlined integration between content on any platform and social media site.

Marketing to the whole web, and nothing but the web

Brands that have been obsessed over keywords and SEO should take this news as proof of the internet’s true nature. Some companies might be able to get by with strategies that target specific phrases and Google search terms, but the best content marketing tool is information and media – no matter what medium users are looking through. As additional people surf the web on smartphones, and as more do so using apps instead of standard browsers, there’s no guarantee customers will discover a company one way or another.