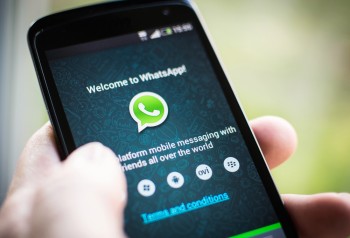 It’s only 10 years old, and Facebook continues to make impressive acquisitions in its efforts to stay on the cutting edge. The latest is the purchase of social messaging service WhatsApp for $19 billion. The figures involved are staggering, but the implications for social media marketing are clear: Facebook wants to hold onto younger consumers.

Fighting the graying of social media

When Facebook acquired Instagram in 2012, it was to stay technologically relevant. Instagram was, and still is, a wildly popular photo sharing app, and Facebook wanted to make sure that it wouldn’t be surpassed by a younger upstart. However, the technology behind WhatsApp isn’t particularly groundbreaking. It’s essentially just a cheaper alternative to SMS text messaging – but one that’s used predominantly by young people and for international conversations.

This is the key reasoning behind Facebook’s move. Instead of trying to compete with a service that has cornered the marketing for younger customers, the social media giant simply bought it out for the right to do business with its clients. As Brafton reported, Facebook has been facing a demographic challenge for some time. Older people are joining the site, but lucrative youthful consumers have recently been drawn to other services like Twitter.

WhatsApp also gives Facebook access to an important worldwide market. As a cheaper alternative to international texting, the service comes with a built-in user base that will no longer compete with Facebook’s own messaging service.

Marketers who are wondering what they should be taking away from this shouldn’t worry. The acquisition signals that Facebook wants to stay universally relevant by reaching users of all ages, around the world. Social media marketing professionals shouldn’t fret over prematurely expanding to other platforms – Facebook is still the central hub for plenty of content sharing and engagement.

And if you’re concerned that you need to be using WhatsApp as a marketing platform as well, consider that Facebook plans to run its latest subsidiary as an independent entity, according to The Verge.