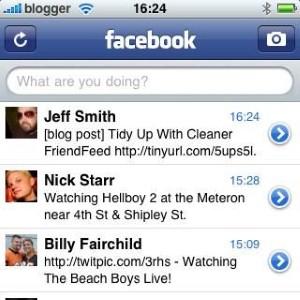 Facebook has announced a new mobile website that may extend social media marketing to a broader range of mobile users. The company released a new version of its mobile site that caters to both high-end phones and feature phones.

The company explains its new site will offer a touch-friendly interface for mobile users with sophisticated devices, and it will maximize navigation options for feature phone users. The goal, says Facebook, is to “[deliver] the best possible mobile web experience no matter what device you're using.”