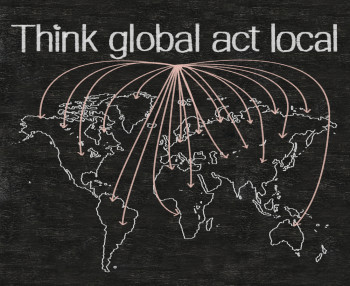 ​Usually, Google+ is the social network playing catch up with Facebook, but through the search-engine-owned site’s latest Google+ Local update, the tides have turned. Google has streamlined local SEO and social media marketing, forcing Facebook to focus more closely on its own local search capabilities.

InsideFacebook recently pointed out that the social media giant has renamed its mobile application “nearby” to “local search.” While the functions of the service remain the same, the name more clearly indicates that local businesses can be found through the feature. Today, the local search tool helps Facebook members find business recommendations based geographic boundaries, specific queries and social referrals.

Facebook already commands the mobile application landscape, with Nielsen noting that consumers spent 27 billion minutes on the social media application between July 2011 and July 2012 – an increase of 61 percent. But many Facebookers still don’t know about the local search feature, and while its name change will help, the social network could do a better job at promoting its existence to its 1 billion monthly active users.

Haven’t given local search much thought? It’s time to take advantage of growth opportunities just around the corner. Businesses that focus on building their influence and credibility within their own communities can gain an edge over the competition, as nearby consumers may be more likely to form loyalty for companies investing and supporting their local economies than national brands stationed miles away.