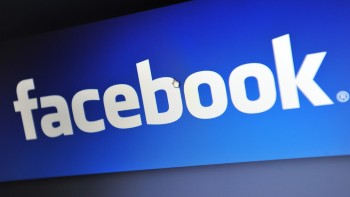 Marketers have been thrown a curveball over the past few months, as Facebook organic visibility plummeted since the end of 2013. In fact, as Brafton reported, it’s estimated that the average brand page reach will end up being about 1 percent. Naturally, many social marketing managers are either conceding they need to invest in paid ads or deciding other networks represent greener pastures.

However, 1 percent is simply the average for News Feed visibility, and there are a lot of businesses out there trying to organically reach followers that are seeing different results.

Visibility is for the chosen few

Wisemetrics conducted a study of over 10,000 Facebook pages to understand how News Feed space is divvied up among companies. After dividing pages into different groups, it analyzed how much reach each received. It concluded that Facebook’s algorithms are not impacting every site the same and there are some correlations among business Pages that seem to benefit from the changes:

Fewer than 10,000 fans: The brands getting the most flak from Facebook’s algorithms are those that already have a glut of followers. Perhaps Facebook looks critically at Pages with excessive follower counts because these brands might have run campaigns purely to inflate their popularity. As it stands, Pages with fewer than 10,000 fans are more likely to deliver messages to followers than Pages with around 1 million. This signals there’s hope for small businesses or niche organizations, as the social network seems to be giving their posts preference.

Fans who like fewer pages: As Brafton reported, part of the problem with Facebook’s visibility decrease is that that the network is a victim of its own success. By encouraging users to Like a lot of Pages, the platform has ballooned the number of posts that show up in users’ News Feeds. Naturally, the likelihood of visibility for the remaining pages shoots up when there is less competition.

So while there are plenty of doomsayers who imply organic Facebook visibility is a thing of the past, this research indicates businesses with the right posting model can cut through the chatter and reach customers. That means sharing valuable information, as Facebook is apparently taking a page out of Google’s book and rewarding in-depth content. It’s also a good idea to make social marketing posts natural and organic.