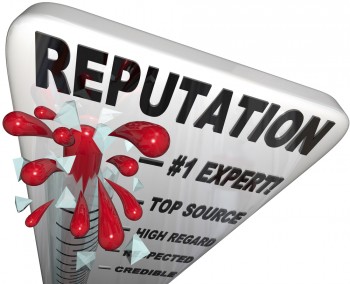 Brands around the country are working to develop online presences that connect with target audiences and reveal their sites in SERPs, but just how much do CEOs care about their brands’ reputation on social media sites like Facebook, Twitter, Pinterest and LinkedIn? According to data released by Zeno, many CEOs neglect to spend time fostering positive reputations on social sites, giving an opportunity to brand leaders and content marketers who invest in how prospects perceive companies.

Zeno reported that 29 percent of CEOs do not consider their companies’ social media reputation when making decisions regarding the company, while only 28 percent always consider how a decision will affect a social reputation. Concern about reputation varied by region. CEOs in the Northeast care much more about social media reputations than those in the South, Midwest and Western regions of the United States.

Because so many CEOs and companies neglect to pay close attention to perception on social sites, marketers and brand leaders can position themselves at the top of the heap if reputations are carefully considered. B2B companies willing to go the extra mile to defend reputation on social sites may garner further trust and loyalty from current and prospective customers, as well as industry leaders and business partners.

As Brafton has reported, both B2B and B2C brands recognized the value of social media marketing in 2012. With 87 percent of B2Bs and 84 percent of B2Cs connecting via social media platforms, marketers can give brands a competitive edge by paying close attention to a company’s reputation, addressing complaints, criticism and compliments.