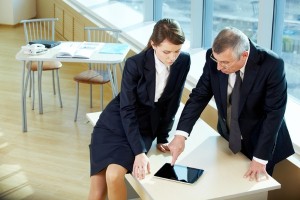 Market research firm Infonetics expects the global smartphone and tablet markets to grow substantially through the end of 2011, it recently said in a release.

According to Infonetics, revenue drawn from global smartphone sales in 2011 will likely be 31 percent higher than it was in 2011. Additionally, tablet sales posted 80 percent growth in 2011’s second quarter compared to the same time period in 2010.

For marketers, the growth of mobile audiences demonstrates the important of factoring on-the-go consumers into diverse marketing plans. As mobile users become as capable as desktop users in terms of their ability to convert from their smartphones or tablets, it’s critical that websites are fully available to them while they’re on-the-go.

Social media applications are among the most frequently used for both enterprise and consumer mobility users. As such, social content marketing plans should include frequent backlinks to site content so mobile users can access this information with the same ease as desktop users. However, enterprise websites must be optimized for various mobile operating systems so smartphones and tablets users can convert from their handsets.

Last week, Brafton reported more than 70 percent of Android owners have used Google’s mobile search function in the last 30 days. As Android continues its ascent to the top of most smartphone OS rankings, tailoring SEO campaigns to reach these users could result in improved conversions.