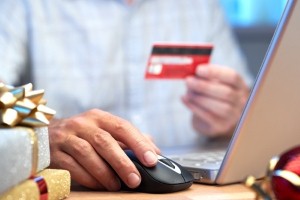 Marketers wondering when to launch their first holiday shopping-related campaigns should follow their customers’ lead. According to a report from Compete.com, more than 40 percent of consumers have already started their holiday shopping. While this represents a decrease in pre-November holiday shopping compared to 2011, many still prefer starting early to find the best offers and values.

Brafton recently reported about one-third of consumers expect to do most, if not all, of their shopping online this season. Still, Compete.com found those looking for deals early often spend more money in stores.

The study found shoppers who have already started marking up their holiday shopping lists have spent an average of $155 in stores, compared to $99 on the web.

Developing a social media marketing or email campaign that reaches consumers when they’re in the research phase and compels them to take advantage of deals could lead them into stores.

Just because a consumer is shopping at a brick-and-mortar-location doesn’t mean he or she isn’t swayed by web content. Americans increasingly consult online reviews or a brand’s content marketing before heading to a company’s location. Similarly, people are still likely to access web content when they’re in stores. Brafton highlighted data from Leo J. Shapiro & Associates earlier this year that found 66 percent of Americans access web content on smartphones while browsing in stores.