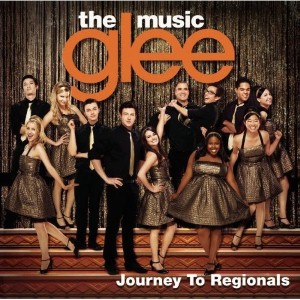 The award-winning television show, Glee, is known for its light-hearted positive messages, and the latest promotional initiative for the Fox series is encouraging consumers to get involved with the cast while doing good deeds. American Express' Members Project and online forum TakePart have partnered with Fox's Glee in a multichannel campaign that both promotes the show's September 21 premier and the causes of several volunteer projects.

The cast is creating original videos which will air on Fox and on American Express' online channel. In the spots, cast members ask consumers if they're the type of people who want to do good or not, prompting them to find out at membersproject.com/glee.

When fans visit this Glee page on American Express' Members Project website, they are invited to take a quiz to see if they are a "Shue" (the show's well-intentioned glee club director) or a "Sue" (the "bad to the bone" cheer leading coach). As consumers take the quiz, they get to watch clips from the series. Once they complete it, they are invited to enter a Facebook contest sponsored by the Members Project where they might win the chance to volunteer alongside cast members. Quiz participants are also prompted to share the results of their survey on Facebook and Twitter.

Additionally, fans have the option to follow the rivalry between Shue and Sue on Facebook and Twitter. Sue offers comical tongue-in-cheek commentary about goody toe-shoes, while Shue offers followers tips on how to get involved in their communities to make a difference.

Jean Rossi, president of Fox One and executive vice president of sales for FOX, is happy to promote charitable efforts alongside Glee. "The partnership is built on the spirit of Glee’s unique brand of fun to encourage people to get involved in anything from arts education to the environment."

Marketers can look to this campaign as an example of effective multichannel engagement. It connects traditional television ad spots to digital platforms by directing consumers to visit the affiliated website and – ultimately – social pages. It also capitalizes on the growing audience of online video viewers by airing the ads on the web. Plus, the overall initiative creates a compelling narrative that gets consumers invested in the Shue/Sue rivalry on the upcoming season while promoting charitable deeds.

Brands may also be interested in aiding the promotion of nonprofit work as Glee does in this campaign, and they'll likely find many organizations are already online and ready for partnerships. As Brafton reported last month, the nonprofit sector is the outpacing other industries in adopting social media tactics to reach consumers.