Google announces it's pulling the plug on Authorship images | Brafton 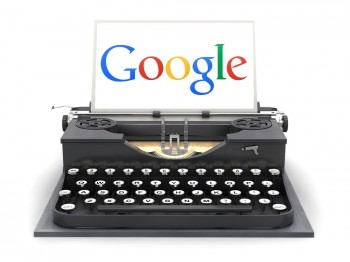 Authorship has been a huge talking point within the SEO community for years, but that might all be changing. John Mueller broke the news on Google+ first, pointing readers to a Google support blog post, that announced author rich snippets will be disappearing from search results pages. This doesn’t mean Authorship is coming to an end – but it might not be the same.

Previously, the promise of getting authors’ pictures and bylines in SERPs was one of the most compelling reasons for registering for Google+. When writers joined circles and consistently wrote compelling content, they got a visual boost from their picture appearing in Google search results. There was evidence simply having a prominent profile picture increased click-through rates on Authorship-linked content by as much as 150 percent.

But in the G+ post, Google’s lead Webmaster Trends Analyst John Mueller claimed Google’s internal experiments show no difference in click and engagement behavior between the old snippets, which included G+ images and authors’ circle counts, and the new ones, which show the author’s byline and publication date. He also mentioned this was meant to be in keeping with Google’s consistent and clean internal design on both desktop and mobile devices.

It’s worth mentioning that Google’s mock-up of the new look shows that authors photos and clickable bylines will still be visible in news results pages.

Google+ on the outs behind the scenes?

However, there may be other motivations at work. As Brafton reported, the main architect and cheerleader of Google+, Vic Gundotra, left the company. Additionally, the itinerary of Google’s developer conference, Google I/O, didn’t dedicate any sessions to Google+ – highly irregular considering there have been many at I/O meetings in the past.

It’s possible Google is trying to phase G+ out as a distinct entity. Without rich Authorship snippets, there’s less incentive for authors and marketers to join the network. As Brafton reported, YouTube is seeing its messaging system integrated with Google+, but that may be more about unifying all of Google’s properties rather than pumping up G+’s value.

For fans of conspiracy theories, there’s MOZ’s Rand Fishkin, who claims this is a move intended to put more emphasis on paid search results and advertisements. However, this contradicts nearly everything Google has said and done and flies in the face of research showing paid search might increase awareness but doesn’t necessarily generate clicks.

Best practices, with or without G+

Ultimately, the elimination of G+ images from SERPs may simply be Google’s latest attempt to force content marketing back to basics. Rather than relying on the low-hanging fruit of rich Authorship snippets, brands need to focus on high-quality compelling content. Headlines and meta-descriptions, which give a better indication of content quality, will take on renew prominence in search results. And businesses should look toward appearing in semantic search results through video, images and other Google verticals whenever possible.