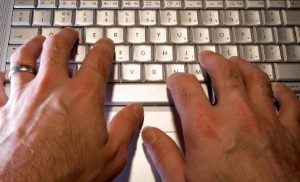 In its January 2012 U.S. search engine rankings report, market research firm comScore found that Google has reassumed control of two-thirds of the search marketing, gaining 0.3 percent in the month. More than 66 percent of search queries in January were conducted on Google, compared to 15.2 percent for Bing and 14.1 percent on Yahoo.

Searches as a whole fell in January, as the holiday shopping rush inflated search totals in December, as it does most years. Brafton recently reported that Americans spent more than $50 billion online in December, further signaling the value of cross-engine SEO in terms of catching clicks and cash from searchers.

Progress from other companies, however, has done little to cut into Google’s lead. SEO campaigns should still focus on Google users as the company strives to create the best possible search experience – even if the strong January performance for Google and Bing set up an interesting battle between the companies.

Google’s hegemonic reign in the searchscape is unlikely to end anytime soon, but Microsoft’s unquestioned war on the company has already manifested itself with two different actions. First, Google’s new privacy policy compelled Microsoft to release a marketing campaign aimed at alerting users to what the policy could mean for them. Additionally, Brafton recently reported that Bing has adjusted its SERPs, which now look very similar to Google’s, to appeal to those users trying a new search engine.