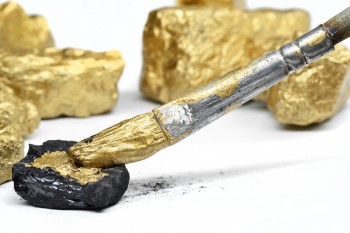 Companies that entered the content marketing game in the past few years might not know, but SEO used to be, in part, about buying links or adding keywords throughout text regardless of context. The thinking was businesses could actually dominate their markets if they just had enough web traffic and claimed a spot in results for searches relevant to they keywords they were targeting. The semantic web and Hummingbird have made gaming the system a futile effort, because visibility is contingent on quality content and useful resources.

However, this hasn’t stopped unscrupulous webmasters from attempting to exploit loopholes. Redirects are often used to manipulate a standard web function: Sending users to a different URL than the one they typed.

There is a legitimate use for this, such as when companies are purchased or rebranded, or businesses are finally able to buy more appropriate URLs for  their names. For example, when Facebook first went online, its URL was www.thefacebook.com. ‘The’ has been removed, but the original address still directs users to the correct site.

Wagging a finger at webmasters

The core intent of Google’s engineers – providing the best, most relevant content to searchers – has never changed, but as algorithms improve, it becomes easier to track down and identify offenders.

In a recent Webmaster Blog post, Google made it clear redirects are no longer going to be tolerated if are intended to exploit SEO functions. The company’s quality guidelines have always forbid them, but this is yet another example of Google flexing some post-Hummingbird muscle. The core intent of Google’s engineers – providing the best, most relevant content to searchers – has never changed, but as algorithms improve, it becomes easier to track down and identify offenders.

What should webmasters and marketers be looking for? In short, pages and redirects that were designed for search engines, not users. One type of dead giveaway is when desktop users are taken to one site, but mobile users are directed to entirely different domain rather than the mobile version. Another is when a redirect is in place so one page is crawled and indexed by Google, showing a snippet in a SERP that is misleading and doesn’t accurately describe what searchers will see when they click.

Google has threatened offenders with manual actions, meaning that their sites will be de-indexed and won’t show up in search results, so it’s a good idea to assess whether a site is misleading, disorganized or simply out-of-date. This announcement by Google also serves as a wake-up call for brands that are in dire need of a website overhaul. High traffic but few conversions could mean a page’s architecture is too convoluted, and visitors will have a hard time finding what they want even if they get to the site in search.