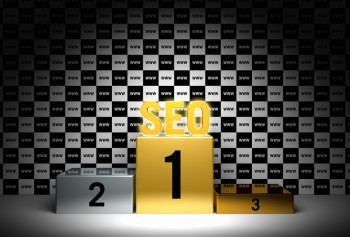 It’s a digital marketer’s worst nightmare: Getting caught with shady SEO strategies and falling off the face of SERPs. This was the fate lyrics site Rap Genius recently faced (See Brafton‘s recent coverage for the full story), but the founders were determined not to let link building tactics drag the domain down. Now, Rap Genius serves as an example of how webmasters can recover from Google search penalties and begin to earn back web traffic.

The first step on the path to Rap Genius’ recovery was to admit its mistakes. After receiving notification of a manual action in Google Webmaster Tools, the site’s traffic plummeted and the site’s founders wrote an open letter to Google explaining the linking strategy and asking for help.

The letter admitted some of the links going to Rap Genius web content may not be considered ‘editorially driven,’ but were otherwise believed to be within Google’s Quality Guidelines. It outlined exactly what was common practice for the blog affiliate program and said the webmasters were prepared to take the steps necessary to get their site back in front of internet users.

“We do not want to break Google’s rules, and will do whatever it takes to learn them inside out and comply with them,” the letter stated.

Second, do the SEO work

To back up that heartfelt claim, a recent Rap Genius blog post explained the site took to its backlink profile that contained 177,781 URLs with links to its content. From there, it divided those URLs into groups that it had promoted through social media content, could be considered unnatural and were hosted on domains considered ‘potentially problematic.’ The webmasters combed through these links and asked bloggers to take down unnatural references. And they didn’t stop there. Rap Genius also downloaded a scraper to go through all of the URLs in its link profile to make sure no links had been missed.

Rap Genius is once again showing up in search results when users look up the term, “Rap Genius.” In the midst of the penalty, RapGenius.com was barely visible. It didn’t fall completely off the grid, according to Search Engine Land’s Danny Sullivan, who suggested it was hit with the -60 penalty, which means the domain was pushed six pages in search results.

Since doing all the backend work and removing any offending links, the Rap Genius site shows up at the top of SERPs for the term “Rap Genius.” It was also served on the first page of results (although toward the bottom) for a “Drake lyrics” query.

Of course, Rap Genius was in a good position to recover in the first place because it was dedicated to creating strong content that offered readers value, but perhaps went about getting links the wrong way. Quality web content is one of the most important components of a strong SEO strategy in Google’s eyes.

It may take some time for the domain to make a complete recovery and see as much traffic as it generated before the penalty, but the Rap Genius story demonstrates an important point: Google reconsiders sites and restores their visibility when SEO mistakes are corrected. It’s up to marketers and their content marketing strategists to keep domains in good health and take corrective action to stay at the top of SERPs.