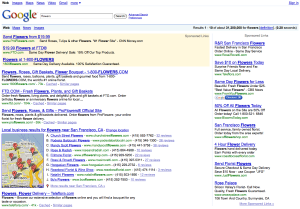 Google appears to have a project in the pipeline that will make searching for content easier by removing the need to jump from page to page for search results. Marketers should also be aware of the potential SEO implications of this feature, as it may ultimately reduce the difference in visibility between page one content and other results.

The new function, dubbed “infinite scroll,” has been in the rumor mill for several months now, but as Search Engine Land reported, a video of the search engine giant testing the feature has surfaced.

The function is similar to the one that Google has used for its image search for some time. Infinite scroll removes the pagination feature on the bottom of each page and replaces it with a button that simply reads “show more results.” By clicking on the button, more search results are added to a page.

Once live, the new search function could present new opportunities for businesses drive traffic to published content on their websites, as the feature will allow users to search for results more quickly than with the current pagination setup.

The news provider reported that a Google spokesperson has confirmed that Google is working on new features, but the infinite scroll has not been officially revealed by the company.

Infinite scroll is just one of the many innovations Google is working on to enhance search activity. As Brafton reported, the search giant recently introduced the new Google Related toolbar, which provides Chrome and IE users with additional content relevant to their search results.