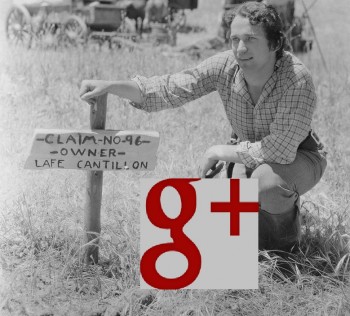 In a recent interview with Google co-founder Larry Page, New York Times writer Farhad Manjoo asked the question that’s on a lot of marketers’ minds: “What’s going on with Google Plus?”

According to Page, Google+ is still a focus for the company and it will only become a stronger network moving forward. Thus, marketers can’t throw in the Google+ marketing towel – they still have to find ways to reach highly-engaged communities on the network.

Ever since G+ Head Vic Gundotra left the company, there have been rumors that the search engine might finally ease its push for the social network. This speculation was compounded when Google failed to hold any sessions on Google+ during the I/O conference and when John Mueller said authorship images would no longer appear in search results pages. Authorship benefits were a prime incentive to get more writers and marketers on the channel. (Google said it’s still experimenting with the best way to display authorship, and that people are just as likely to click results without the author’s photo and clickable byline.)

Despite all of this turbulence, Page asserts that Google+ is only becoming better and stronger. He told Manjoo that he’s excited about the network’s Chromecast functionality, allowing people to stream programs through Google+ Apps on TVs.

“We have a very excited, dedicated community [on Google+” – Page

“The service has been growing tremendously … and we’re making it better and better every day,” Page stated, adding that social media is probably more important than ever to the search company.

“We have a very excited, dedicated community,” he added.

It’s that dedicated community that Page speaks of that marketers will need to engage if they want to make Google+ a viable source of leads and conversions. If Google does change its course toward video streaming, rather than focusing on search enhancement, marketers may see the network become an important hub for the video content they create. No matter whether Google decides to take the network in a social, search or video direction, it appears that it isn’t going anywhere and there will continue to be benefits for brand marketing.