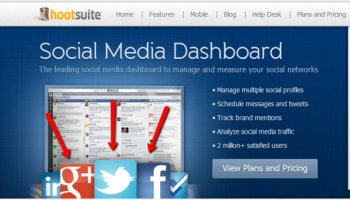 For marketers using multi-platform social media marketing campaigns, the move will allow them to manage multiple accounts from any of the various social networks included in their websites. Among the other third-party apps included in the initial roll out are Context Optional, Hearsay Social and Virtue.

While the feature is not available for users of personal accounts, the move represents another major step for Google+, which only recently opened the network for use by businesses and other organizations.

Still, Google+ Pages have critics in the early stages of their roll out. The primary issue has been that the service is still open to multiple administrators of the same account. Since many businesses that use social media marketing pages have several employees or a third-party agency updating their accounts, the integration of multiple admins is critical to the success of Google+ as a marketing tool.

Not included in the initial rollout was TweetDeck, a third-party application purchased by Twitter earlier this year.

Even without TweetDeck, Google+ Pages will likely see increased use as HootSuite alone has more than 2 million users and more than 4 million accounts linked to the service. Last month, Brafton reported that Google+’s success may ultimately depend on its integration with these third-party apps.

While opening Google+ Pages represented a major step for the network, the integration will help businesses use it more seamlessly. However, truly rapid adoption may struggle until multiple administrators are able to access pages and third-party app use is available to non-Pages users.