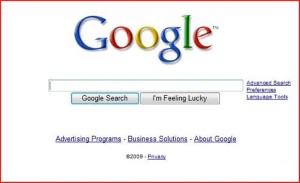 With the recent launches of Google Places and Google Hotpot, it's becoming clear that businesses that want to get noticed by users of the search giant must think local with campaigns. New rumors that the company has just acquired Groupon add to the need for marketers to create locally targeted content and promotions.
Insiders familiar with the situation reportedly told VatorNews that Google purchased Groupon for $2.5 billion. Though neither company would comment, the rumored acquisition is in keeping with earlier reports that Google had made an offer to buy the deal finder for somewhere between $2 billion and $3 billion.
If Google did buy Groupon, it could make the daily deal site a huge part of Americans' lives – as Brafton has reported, the search giant accounts for more than two-thirds of explicit core searches by ComScore's measure. This should increase the accessibility of Groupon, which was already poised to take in more than $400 million this year.
With the potential Google acquisition in mind, marketers will want to plan locally targeted promotions to attract nearby consumers to their store locations. Brands trying to come up with campaigns that will stand out among Groupon deals – or catch the interest of other local searchers – should take a tip from Groupon's COO Rob Soloman: "good writing" is the key to success in catching clicks.