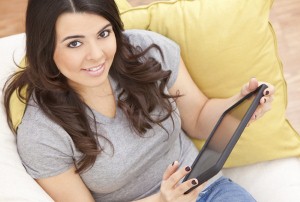 Google will detail the release of its 7-inch Nexus tablet at this week’s Google I/O Conference, set to begin on Wednesday in San Francisco. While the tablet market continues to take off, those looking for an alternative to Apple’s iPad have recently received a number of choices. For marketers, a potential entry from Google could mean tablet owners become an even larger focus of SEO and content marketing campaigns.

With devices running the Android mobile OS, integration of different Google services is complete, as users have full access to Gmail, Google search and other offerings from the company. Currently, Android-powered devices account for more than half of the greater smartphone market, so the value of targeting mobile users with Google SEO is already substantial.

Even if Google’s latest entry into the tablet market doesn’t succeed, iOS users, on both iPhones and iPads, are reportedly increasing their search activity as well as news content consumption.

Brafton recently cited data from Chitika, which found iOS users spend more of their mobile web time searching than users of any operating system. Additionally, Brafton reported that 27 percent of tablet users said they regularly access news content on both a tablet and a smartphone.