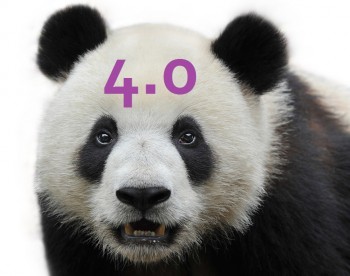 February 24, 2011: That’s one of the most important dates in internet history. On that day, Google first rolled out the Panda Algorithm, affecting about 12 percent of all sites and changing the way content marketing would be performed forever. Anyone writing on the web has been impacted by Panda in one way or another in the time since, and while Google has only been incrementally updating the algorithm, it’s tried to be transparent about what the changes mean.

With Panda, bad sites are endangered

There wasn’t a lot of pomp and circumstance to the announcement that a new iteration of the algorithm is going live. Matt Cutts made a cryptic tweet seemingly out of nowhere:

Otherwise, there hasn’t been a lot of information about Panda 4.0 and how exactly it will impact results. However, there is speculation about what Google has in store for the semantic web with the newly tweaked algorithm – and why it’s announcing a big update, rather than indicating a slight alteration.

In March, Matt Cutts appeared at SMX West and told a panel Google was working on a “softer, better” version of Panda, one intended to specifically help small businesses that had great content but couldn’t compete at scale with larger web entities. This implies Panda 4.0 is going to be all about original content and rewarding pages that are providing value to users. How this will be accomplished is still unclear.

Sites that produce great content but aren’t getting enough links could see a boost in traffic under Panda 4.0.

It’s also possible Panda 4.0 is going to concentrate on rooting out sites that have bad linking policies. Ever since the beginning of 2014, when he declared guest blogging’s time as a good SEO practice over, Cutts has been quick to point to spammy link practices as one of the easiest ways to be penalized by Google. Sites that produce great content but aren’t getting enough links could see a boost in traffic under Panda 4.0.

Perhaps the most important takeaway from the update is that Panda 4.0 is still a part of the Panda lineage. That means it’s in line with previous Panda updates, which primarily sought to remove as many low-quality sites from Google SERPs. As long as brands are providing  users with interesting content, and they aren’t trying to game the algorithm, they should be fine. In fact, it’s possible the best sites might even see a bump in incoming organic visitors.