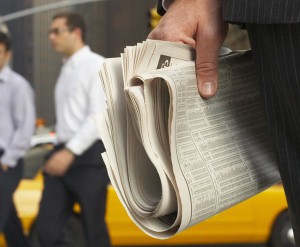 Brafton reported that news apps are on the rise, potentially giving marketers a new way to distribute content. Now, Google seems to be getting in on the action with a rumored digital newsstand, demonstrating the value of news content in attracting clicks.

The Wall Street Journal reports that Google is looking to get support for a digital newsstand for Android. The e-newsstand would reportedly include apps from companies looking to get their content shared via smartphones or tablets running on Android.

The news source quotes a statement from Google, saying, “We've consistently said we're talking with publishers about ways we can work together, including whether we can help them with technology for subscription services. We have nothing specific to announce at this time.”

Many believe the Google-owned newsstand would be a competitive maneuver to move into a market currently dominated by Apple and the iPad. The WSJ reports that insiders say Apple is hoping to give marketers more information about their iPad news subscribers, asking for permission to share names and email addresses with publishers.

These developments are a sign to marketers that the tablet market will boom in 2011. As Brafton has reported, tablet shipments are expected to outpace PC shipments within the next year and a half.

Moreover, major companies’ focus on offering newsstands to consumers points to the growing online audience for news content. Seventy-five percent of Americans look for news online, according to Pew, and Brafton has reported online news readership is more prevalent among young, affluent consumers, with 79 percent of millennials regularly turning to the web for news. Custom news marketing may be an effective way to boost brand awareness, establish thought leadership and catch clicks online.