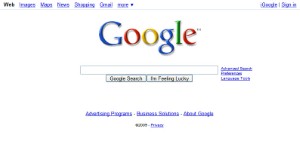 Google announced on Tuesday that Google+, its three-month old social media platform, is now open to everyone – shedding the invite-only status it has had to date.

Google senior vice president of engineering Vic Gundotra announced the move on the company’s blog as the 100th new feature added to the social website since its launch. For marketers considering adding Google+ to their social media marketing(L) campaigns, the site’s open status may bring in a bevy of new users that will make a more ideal platform. Still, Google’s Christian Oestlien has indicated marketers will have to wait a bit longer to create branded business pages for the site.

Beyond the addition of open sign-ups, Google announced the addition of eight other new features, mostly to do with the site’s video chat feature, Hangouts. Users can now enter into Hangouts via their smartphones. Also, , and enter open Hangouts for enable up to nine people to join at their desire, rather than without being invited.

While the adjustments to the Hangouts will make the website a more desirable social platform, open signups are critical to the success of Google’s move into social.

Brafton reported last week that Google+ posts have fallen 41 percent in recent weeks, as people have failed to recognize any noticeable differences between Google+ and more established social networks.