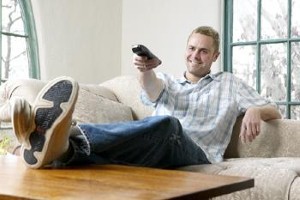 Google recently made an important announcement – one in addition to the unveiling Google Instant, which Brafton reported yesterday. While the search world is buzzing about predicted queries taking over computers, it may soon be buzzing about Google taking over televisions.

Last week, Google CEO Eric Schmidt announced at Berlin's IFA conference that Google TV will be available internationally in 2011. The company has long talked about Google TV, and the vision will become a reality in the U.S. this fall. The internet-enabled TV platform will be available in a set top box from Logitech and in Sony televisions. It should be compatible with consumers existing cable providers, but it will certainly transform their television-viewing experiences.

Google TV aims to help users "spend less time finding what they want, and more time watching what they want" – but, of course, a little Google-enhanced surfing is encouraged. Users can search for a favorite television show, and they'll get information about schedules along with relevant web results.

In fact, users can chose to search the internet as they would on a computer while watching TV thanks to a right-hand corner screen option. Reports indicate Logitech has developed a remote with a mini-keyboard, and Sony may be manufacturing something similar. Additionally, Android users will be able to control the television with voice searches via phone and Google TV will start supporting user smartphone-style apps for television next year.

Google wants brands to develop these apps. "We will work with content providers, but it is very unlikely that we will get into actual content production, because we want the content providers to make money," Schmidt said at the conference.

Marketers may want to prepare their websites for a larger viewing experience, and they might also want to rethink their online ad strategies. If a show isn't playing on television when users search for it on Google TV, they can switch to streaming episodes available on Amazon, Hulu or Google's own YouTube. Online video ads could bring new value to brands if users are watching movies and shows on the internet not only from their laptops and desktops, but also from their home televisions.

Marketers should get on board as it seems consumers are ready for this shift. The latest comScore Video Metrix shows that 178 million U.S. internet users currently watch online videos, and video ads delivered on the web reached nearly half (44.5 percent) of the population.