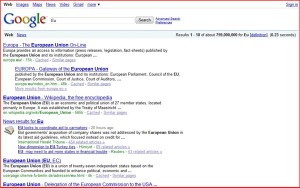 Earlier this week, Google search results came under scrutiny when the New York Times published an article suggesting negative comments have the potential to increase search rankings. In response, Google announced an algorithmic solution to detect distrustful merchants, and the company alludes to future updates that consider consumer reviews. For marketers, this means word-of-web referrals could play into search rankings, giving new meaning to social search.

Google says it was "horrified" by the Times' article, and it asserts that negative buzz does not improve search rankings – the situation referred to in the newspaper was "an edge case and not a widespread problem." It says it has already implemented an initial solution and set it live so users will get better results.

One of the methods the search engine considered using to improve its algorithm is sentiment analysis. Sentiment analysis, Google explains, identifies negative comments so they act as negative votes with respect to ranking. Similarly, the company is exploring ways to put user reviews alongside search results, empowering searchers to make more informed click decisions.

Neither of these options has been implemented yet, but marketers should consider the implications these developments could have for their businesses. It will be increasingly important to build brand advocates on sites such as Yelp or Google Places, as well as on traditional social media outlets.

Luckily for brands, two-thirds of business-related online buzz is positive and businesses that get good word-of-web reviews are rewarded. Keller Fay Group's "Unleashing the Power of Word of Mouth" shows that 66 percent of consumers believe positive reviews, and nearly half (41 percent) seek out more information about brands.