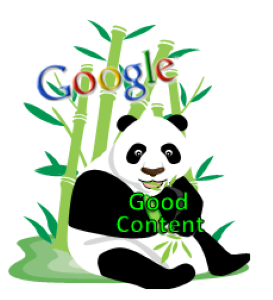 The latest iteration of Panda rolled out this week, but members of the internet marketing community (namely Search Engine Land editors) seem to be switching their stance on whether this is Panda 2.4 or Panda 2.5. Yesterday’s breaking news story was the confirmation of Panda 2.4, but today’s headline on SEL refers to “Panda 2.5.”

Brafton relayed news of the algorithm update last night – and we got our information courtesy of Search Engine Land’s report: “Google has confirmed that the latest iteration of its Panda algorithm update is live,” the source says. If you read the article today, executive news editor Matt McGee goes on to call the latest update Panda 2.5 – but yesterday was a different story. The article originally published on September 30 referred to the latest Panda as iteration 2.4, as seen in yesterday’s SearchCap (Brafton subscribes). The URL still reads 2-4 on Search Engine Land’s site. One of the blessings (or curses) of new media is a writer or editor’s ability to update a story post publication, and it seems Search Engine Land has decided, according to its “tracking of the algorithm changes,” that the latest Panda iteration is actually 2.5.

Under the article’s very handy “Previous Panda Updates” tab, there’s a link to Panda Update 2.4 that now brings readers to the news site’s previous article about the launch of Panda internationally. Although there’s no reference to Panda 2.4 in the URL, the headline of that August 12 article clearly marks the international launch of Panda for all languages as update 2.4.

So which is it? The bottom line is that marketers should be focusing on how updates to Google’s algorithm impact their sites more than the name (or number) of a particular Panda iteration.

At Brafton, we’re going with 2.5. As it sometimes seems that Google’s Matt Cutts and Search Engine Land’s editor-in-chief Danny Sullivan have each other on speed dial, we’ll trust their judgment on this one.

Moving forward, Brafton will refer to the Panda update from the week of September 30 as 2.5 (but we’ll keep yesterday’s headline unchanged).