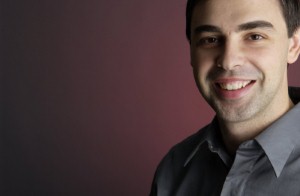 After taking over as Google CEO in April, Larry Page oversaw the launch of Google+ and guided the company to one of its most financially successful years. As a result, Page was named CEO of the Year by Investor’s Business Daily. Though Google’s CEO has been awarded a prestigious title and Google’s search dominance is clear, marketers are still evaluating whether Page has created a viable social media marketing platform in Google+.

According to IBD, some were concerned when Page, one of the company’s founders, took over for Eric Schmidt in April. However, the company maintained its status as an innovative force in search, while launching a series of new initiatives that expanded its value and product base.

Some have been critical of social platform Google+. The company’s prolonged rollout of features has frustrated users and marketers, alike. For instance, it wasn’t until December that the company allowed multiple administrators for brand pages. Nonetheless, Google+ has come a long way and proves to build an extensive user base. Brafton reported last week that more than 62 million people currently use Google+, and the company expects this number to grow to more than 400 million by the end of 2012.

“He is one of the most hardworking people I have seen at this level in an organization, so he is clearly driven from a desire to make Google the best company in the world,” Nikesh Arora, a Google executive, told IBD. “The challenges today are different than what they might have been in the last five or six years, and Larry is trying to make sure we are here for the long term.”

As Google’s search, social, webmail and other services continue to evolve, the company’s effect on social media marketing, SEO and other marketing channels grow as well.

One of the company’s most effective and informative campaigns engaging marketers looking to gain visbility in Google has been the Webmaster Help series featuring tips for improved web presence from Google Distinguished Engineer Matt Cutts. Most recently, Brafton reported on some of Cutts’ advice to search marketers who are creating content in multiple languages.