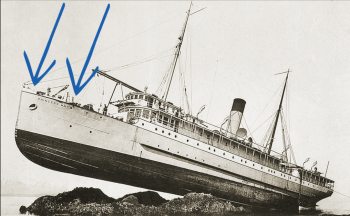 Google recently updated a search filter that you might not have known was roaming the search seas – Pirate.

On October 17, 2014, Google launched a new and improved version (it was first released in 2012 and updated in 2013) that’s better at finding and down-ranking sites that violate copyright laws.

In addition, the new Pirate algorithm was built with preventative measures that remove autocomplete suggestions for terms that will likely return results to offending pages, such as:

This is Google’s way of preventing sites from illegally offering copyrighted content to internet users. It was partially in response to criticism that the search engine wasn’t doing enough to stop sites from streaming content for free. Here is an official look at its guidelines about how it fights piracy.

The recent update knocked many torrent sites out of search results and halted traffic going to the protected content. According to initial reports from Searchmetrics, popular torrent sites and free streaming domains have lost the majority of their traffic – in some cases over half of it, in others nearly all of it. What does this mean for marketers?

In most cases, nothing. Unless you’re illegally streaming someone else’s content onto your blog, you should view this as something of a safeguard. Google has added another gate to ensure the custom content you create cannot be pirated by a third-party to steal your traffic or audience.

However, it’s worth noting that Google is tightening the noose on stolen or borrowed content, AND that it’s exercising control over autosuggestions. It’s not only penalizing sites for their misuse by making them hard to find, but it’s also working to discourage user behavior by making it difficult for people to navigate to these kinds of pages.

For a refresh on other algorithmic work Google is doing, check out these related resources: