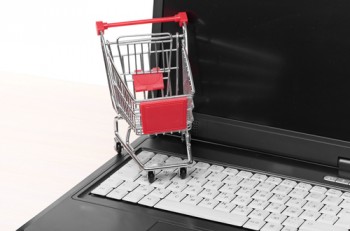 While many grocers still rely on circulars and other offline marketing tactics, they are spending more time using social media marketing and researching other web channels to bring their companies forward. According to Valassis, small grocers and leading chains expect to use Facebook, Twitter and other social platforms more frequently in the next five years.

About two-thirds of respondents said they will use social marketing more often moving forward to alert prospects of sales and other business updates. Moreover, 65 percent expect the web to become the most important element of their marketing strategies by 2017. As consumers’ focus increasingly shifts toward using the internet to research the best deals and values before purchasing using the web to reach them can help grocers and other vendors compete.

Among the greatest benefits the web offers in comparison to print and other offline channels is more accurate prospect targeting. Sixty-five percent of respondent said they have campaigns designed to reach specific ethnic groups, and 35 percent have strategies based on the age and generation of their targets. Social marketing and other web campaigns allow grocers to deliver their content to these audiences more effectively.

“The consumer decision-making journey is more involved than ever,” Therese Mulvey, Valassis vice president of marketing intelligence, said. “Media preferences are changing, due in part to to consumers’ desire to be connected. It is no longer a ‘how we use print versus digital’ question. It is ‘how do we best optimize our marketing dollars to maximize the ROI on both.”

Improving a web presence is increasingly important for marketers, as more Americans research products on the web. Brafton reported earlier this year that an Integer Group study suggested 87 percent of women use the web to educate themselves about food items they plan to buy.