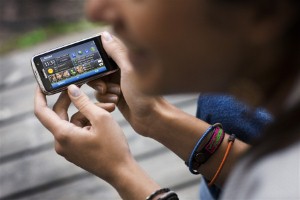 A report from Research and Markets found that the average American spends 400 hours per year on the internet. While this figure alone is not necessarily surprising, the growing number of access points, increasing amount of time spent on social media and rising consumption of website content means marketers must adjust their efforts to reach a web-centric public.

The study found that approximately 25 percent of internet time is dedicated to social media sites for the average users. Moreover, mobile access to sites, such as Facebook, Twitter and other social platforms, continues to grow steadily.

Developing a new media marketing campaign that aggressively targets users across all channels and allows for easy interaction with content from desktop and mobile devices has become a competitive necessity. Tablet and smartphone ownership continues to grow, which further requires a mobile web presence.

With content marketing and SEO playing a major role in so many internet marketing campaigns, making adjustments to these campaigns for the mobile web may dictate success moving forward. Research and Markets pegged smartphone ownership at about 34 percent of American mobile phone owners at the end of 2011, but more recent figures from other firms has placed that figure closer to 50 percent of all mobile phones. Meanwhile, tablet users account for about 20 percent of American adults.

Currently, desktop internet access and search figures are still far greater than mobile web numbers. However, Brafton has highlighted data from BIA/Kelsey, which says mobile search will surpass desktop by 2015, and studies from Pew, which indicates the same tipping point for mobile web access. Each study leads to the conclusion that ongoing new media marketing campaigns must gradually shift to account for much greater mobile use and constant access to web content in the next three to five years.