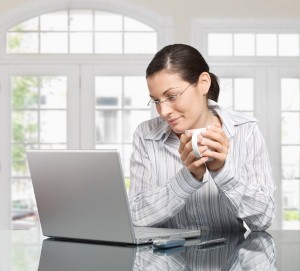 In an age where the Annenberg Digital Future study says 78 percent of Americans turn to the internet for news information, marketers should remember that online users want to read the latest when they surf the web. A new report from Perfect Market indicates that news content – particularly hard news stories – can generate revenue for sites.

Content marketers often think chasing the latest "Google Trends" is the best way to catch clicks, but Perfect Market's Vault Index of summer 2010's top news stories says the real value may lie in less transient topics. It's true that SEO is greatly enhanced by trending news, yet the study found that the most profitable stories were those that focused on serious issues.

According to the index, the most revenue-producing stories during the summer of 2010 were those that focused on unemployment benefits, recovery jobs in the Gulf of Mexico and the egg recall. Notably, some top traffic-driving topics – such as Linday's Lohan's multiple arrests – were ranked lower because they generated less revenue per page.

At the same time, social security – ranked the eighth-best news topic according to revenue per thousand page views – received a relatively low score on driving traffic, but it boasted the highest profits, averaging more than $100 in RPM.

News can be key to driving traffic to sites, and covering content for a specific audience so that traffic will convert is critical to success. By offering hard industry news and frequently updating this content, businesses may establish themselves as thought leaders on top issues – and this can turn readers into clients.

For marketers, the study indicates it's important to focus content marketing strategies on the top issues of the day. The index's findings are similar to a CNN POWNAR study reported by Brafton that showed ongoing stories are the ones that get shared the most among consumers on social sites.