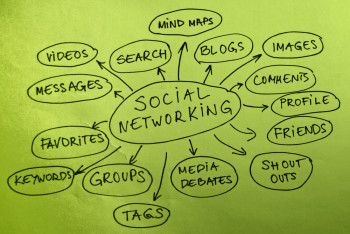 ​When struggling to reach consumers online, marketers try a variety of practices to get their products and services in front of the right people, but maybe​ ​valued customers can take up part of the marketing mantle. According to Technorati Media’s “2013 Digital Influencer Report,” 65 percent of top U.S. brands implemented influencer marketing programs in 2012, and 64 percent of companies with these campaigns said their influencers generated revenue.

However, the report also notes that brands allocated minimal resource toward building influencer marketing programs, despite their impact on business’ bottom lines. Marketing departments only dedicate approximately 12 percent of their social media marketing budgets on influencers and bloggers, but for the same way content marketing helps B2Bs and B2Cs generate leads, third-party influencers can build hype with web content. Brands that already invest in best-in-class content marketing have the fuel they need to attract influencers’ interest; the next step is inspiring (or even soliciting) audience interaction.

Influencers are generally bloggers or social media users with an above average reach. These people work in industries where their opinions and credibility benefit brands, and while they aren’t always celebrities, influencers can sway the public’s opinions online. Top U.S. businesses can use bloggers to further populate the web with SEO content that drives traffic back to brands’ websites without all the bells and whistles of PPC or straightforward promotional media.

86 percent of influencers blogged regularly in 2012, and more than 50 percent of these people manage and contribute to between two to five blogs.

The Technorati Media study also found that blogs are more likely to influence consumers’ shopping behaviors than social media. The source noted that 86 percent of influencers blogged regularly in 2012, and more than 50 percent of these people manage and contribute to between two to five blogs. Get the influencers on board – but don’t lag on brand content efforts; branded websites ranked highest in terms of influence​.​

The Technorati Media report suggests that reaching out to influencers for blogging help and their content writing skills may drive premium web traffic to brands’ sites. User-generated content has become standard practice for businesses across all industries, and as influencer marketing takes on a greater role in inbound marketing, UGC and content marketing will inevitably become linked closer together.