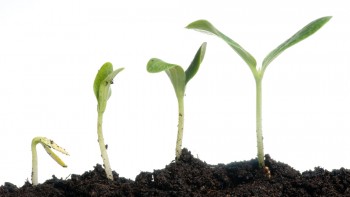 It’s not clear when, but social media marketing crossed the threshold from trailblazing tactic to standard operating procedure. There’s plenty of evidence of this, from the fact that Millennial customers consider it essential to the role it plays in conjunction with traditional media. However, the most compelling evidence might just be that it’s what successful companies do.

The proof is in the social pudding

LinkedIn just conducted a study about which small businesses use social media, and the results are compelling. Of particular note is their analysis of “hyper-growth” small businesses. This group of companies is defined by LinkedIn as experiencing year-over-year revenue increases.

It turns out that hyper-growth small businesses are in love with social media. The study found that 91 percent believed social media helped them increase awareness, and another 82 percent were convinced that it helped them generate new leads.

Becoming a hyper-growth company isn’t as easy as adopting social media and crossing your fingers. Social media is a horserace and small businesses need to aggressively decide which they’re going to bet on if they want to achieve significant growth. In the tech space, that might mean a vigorous Twitter campaign, while consumer goods businesses might want to consider becoming involved with Pinterest.

The bottom line is that social media is an integral part of content marketing. To update the old saying, if excellent content is produced on a company website and no readers see it, was it even written? The rapid growth – or growth, period – that your company needs is going to be greatly accelerated by putting content through the right social media channels.