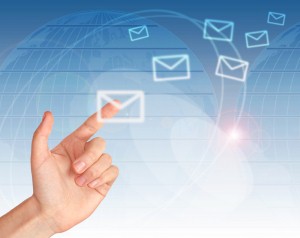 Pei Wei Asian Diner,a restaurant chain owned by P.F. Chang’s, recently reported that it has added nearly 20,000 subscribers to its email marketing campaigns in two weeks as a result of an integrated marketing campaign.

According to the company, the campaign focuses around a new entree, Caramel Chicken. When the product launched, Pei Wei Asian Diner used a combination of in-store promotions, mobile outreach and web marketing to drive users to subscribe to its email marketing campaign. It contacted prospects via Facebook and Twitter, promising exclusive content to those who became subscribers. This strategy rapidly won the company nearly 20,000 opt-in email recipients.

From there, the company continued its integrated marketing approach. Email content advertised social media marketing campaigns that offered coupons and other information aimed at boosting business and engagement. According to the company’s release, 20 percent of all coupons offered were redeemed, making it the chain’s most successful campaign ever.

Brafton recently reported that integrated marketing campaigns have helped companies of all kinds increase leads and conversions. While this is a B2C success story, B2B marketers have been especially active and successful, reporting up to nine times the conversion rates among buyers who received email content.