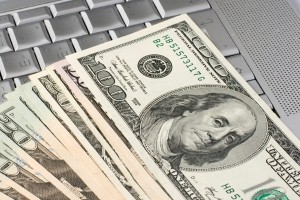 U.S. internet advertising revenues for Q1 2011 hit a record-breaking $7.3 billion, according to the latest figures from the Internet Advertising Bureau and PricewaterhouseCoopers. Last quarter marks the highest first-quarter revenue to date.

The $7.3 billion ad revenue demonstrates 23 percent year-over-year growth, and industry analysts take this as a good sign for this year's online advertising budgets. ClickZ quotes PricewaterhouseCoopers' David Silverman as saying, “[The] interactive advertising field hasn't simply bounced back since the recession; it's growing with dynamic energy.”

While the report doesn't offer much insight into which channels are responsible for the majority of the annual growth, last year's report showed that search accounted for almost half of 2010's annual revenue (or $12 billion). Many believe paid search accounted for a similar share of Q1 revenue.

Search audiences are likely a significant pool of consumers, as the latest comScore figures indicate that more than 16.2 billion searches were conducted last month. With this in mind, marketers should think beyond paid search initiatives and also consider the value of website search engine optimization for brand discoverability.