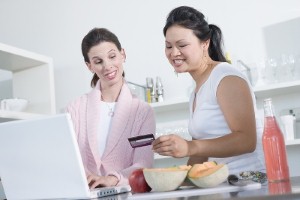 Search advertising took the lead, accounting for 47 percent of ad spend in the first half of the year. Search represented $5.7 billion of internet ad revenue – an increase of 11.6 percent over the same period last year. With this in mind, marketers should consider paid and organic search strategies that will get their businesses at the top of results pages. For those planning paid search campaigns, Brafton recently reported that paid search clicks were highest on Google. SEO marketers may want to consider Brafton's report on a CNN study that shows news content boosts consumers' perception of brands.

In addition to search, the IAB says display-related ads, from banners to digital videos, are gaining ground in internet marketing. Spend on display increased by nearly 16 percent over the first half of last year. Marketers hoping to catch clicks in interactive displays should optimize video content for Google, Yahoo, Facebook and – now – Microsoft sites as Brafton reported this morning that these are currently comScore's top online video properties.

No matter the digital platforms marketers choose, it's important to remember that relevant content is key to catching online shoppers' interests. As Brafton wrote, a survey from comScore shows that ad quality is the leading factor in driving sales.